InFaith is moved by the call to reach locally and spread God’s kingdom right here in the United states–something we’ve been doing for the last 200 years.

Though we have roots going back to 1790, our organization was officially formed on May 13, 1817 and called itself the Sunday and Adult School Union. Through the years we've had several name changes from American Sunday School Union to American Missionary Fellowship, to our current name of InFaith. But through it all, we have been reaching locally here in the United States to teach the unchanging truth of God to an ever-changing culture. 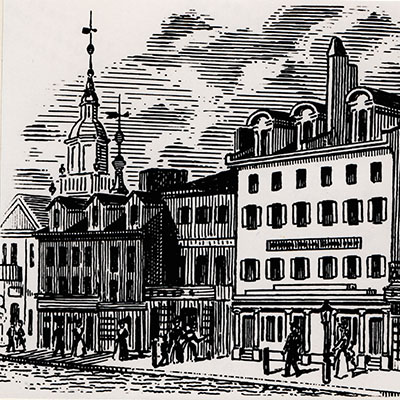 The Founding of the Mission

Responding to the needs of poor children in Philadelphia who were unable to read, a group of businessmen and lay people united to form the Sunday and Adult School Union. The Union brought together people from different denominations involved in Sunday school ministry, which had roots going back to 1790 and the First Day Society. The purpose was to reach the local community through religious education in Sunday schools. By 1818 there were 43 schools with 5,970 scholars. 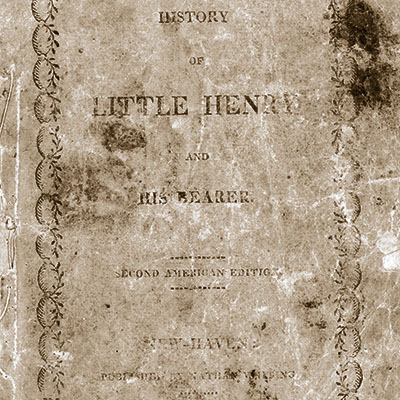 The Sunday and Adult School Union began publishing books, starting with Little Henry and His Bearer by Mary Martha Sherwood, to support and extend the work of the Sunday schools. By the second year, it issued over 50,000 copies of books as well as alphabet cards, copies of the Ten Commandments, and blue and red Scripture tickets. The mission aimed to provide a comprehensive literature for the young, including history, biography, travels, conversations, narratives, poetry, hymns and songs, discourses and didactic teachings—with illustrations that were thoroughly local, drawn from the colors and environments that American children actually saw. 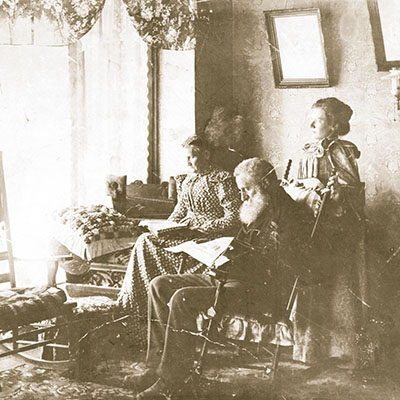 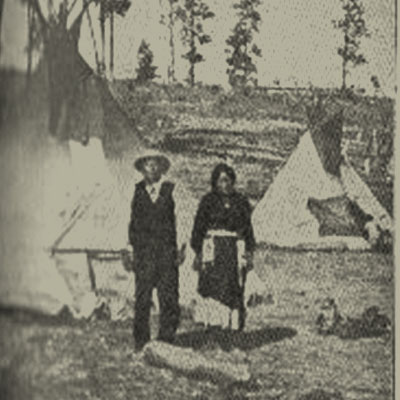 The mission had thirteen schools for the instruction of Native American children: three of these were in New York state, four in the Cherokee nation, one among the Choctaws, two among the Chickasaws, one in Indiana, two in Arkansas and one in Missouri. 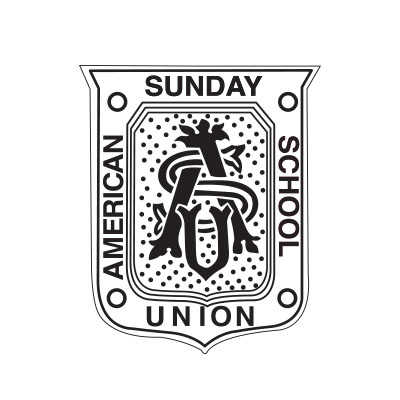 Recognizing it’s shift to reach the whole nation, and not just Pennsylvania, the mission changed it’s name to American Sunday School Union with the objective to establish and maintain Sunday schools and to publish and circulate moral and religious publications. By this time, there were 723 schools with 49,619 scholars. Notable people connected to the mission at this time included Francis Scott Key, and John Marshall [a renowned chief justice of the Supreme Court]. 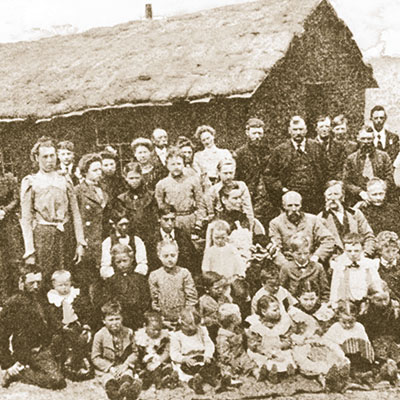 As our nation began expanding west into the Mississippi Valley, the mission responded: “Resolved, That the American Sunday-school Union, in reliance upon divine aid, will, within two years, establish a Sunday-school in every destitute place where it is practicable, throughout the Valley of the Mississippi.” The mission employed about eighty to 100 missionaries in this area estimated to be about 1.3 million square miles, with a population of four million. It started Sunday schools in 5,000 communities, nearly half the number of communities in the U.S. at the time. More than 50,000 people professed faith in Jesus Christ as a direct result of these Sunday schools. 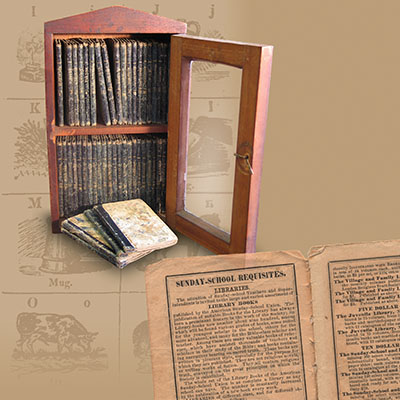 The mission turned its attention to the South and there, as elsewhere, it purposed to secure missionaries from the states in which the work was to be done. In 1836 the mission hired its first African American missionary, Thomas Hardy of Tennville, Georgia. Prominent Southerners asked the mission to supply libraries, because of the limited number of public schools in their area. The mission responded by sending 1,000 libraries, with 120 volumes each, from its publishing arm. 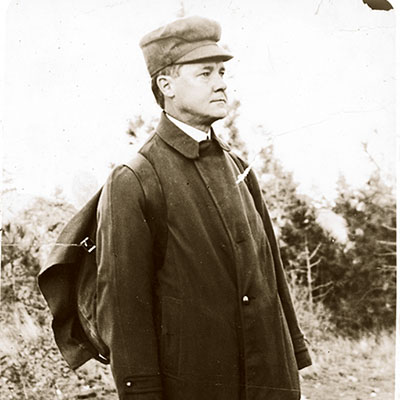 Expanding to the Pacific Ocean

The mission responded to the continued advancement of the settlement of the country. Resolved: "to establish and maintain a Sunday-school in every needy community in the vast territory from the eastern base of the Rocky Mountains to the Pacific.” 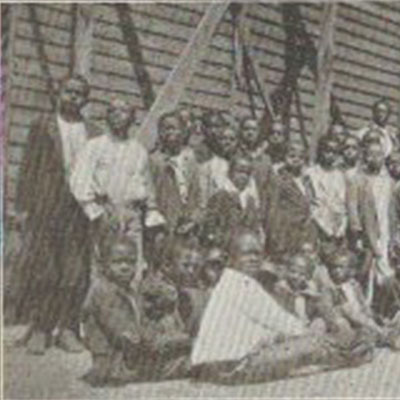 The mission had a missionary in Ohio living among Croatian immigrants, teaching English to over 150 men and women and helping walk fifty-eight men through getting their naturalization papers. Also in 1917, Thurmond Patterson, an African American, moved from up north to Mississippi to minister. During his tenure, he helped found an inter-racial, inter-denominational ministerial alliance. And helped organize African Americans to vote. 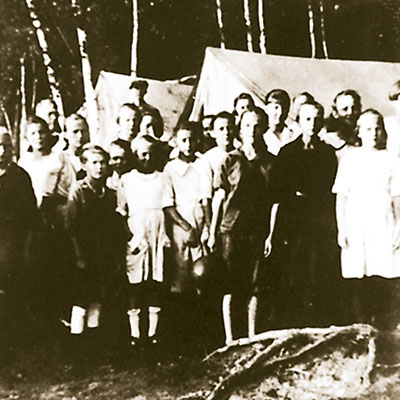 Summer Bible Conferences (now called camps) were pioneered. They began as a reward for Scripture memory, but were continued as an effective way to reach children. The mission also began conducting Vacation Bible Schools in the early 1920s. By 1925, more than 300 such schools were held in nine of the central, western, and northern states. 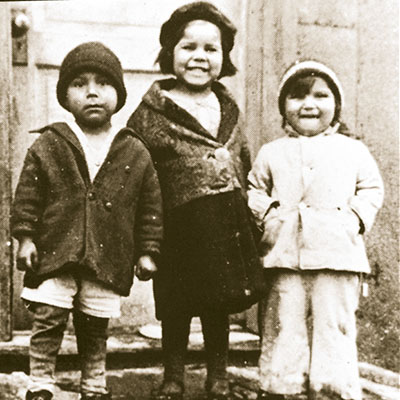 Emma Isaac, a Native American graduate of the Prairie Bible Institute, began working among her own people on the Fort Berthold Reservation in North Dakota. 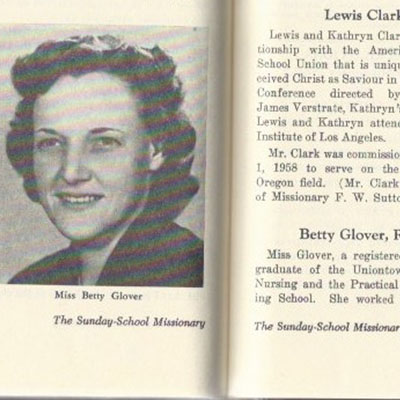 The mission sent two missionary nurses to minister through food, health, economic, and occupational assistance in the Appalachian Mountains in Tennessee. 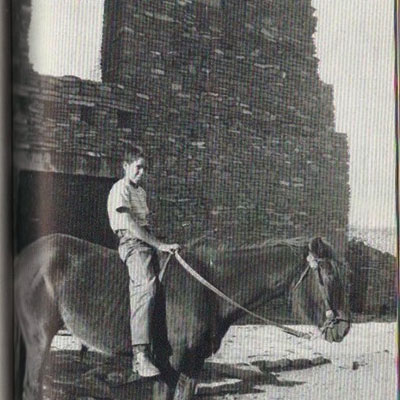 Ruth Battey started working among Mexican migrant workers in the Southwest in 1960. After focusing on rural ministry for years, the mission saw the need to begin purposefully ministering in cities again and in 1962 began purposing to work in the inner-city. 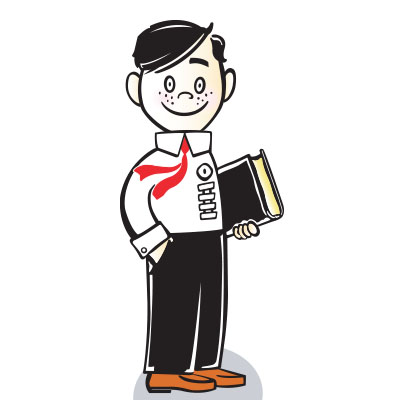 “Sunday School Charlie” stories began to be used. This teaching series, which utilized flannel graphs, was about a boy who had many adventures and learned good morals and discovered truths about God along the way. 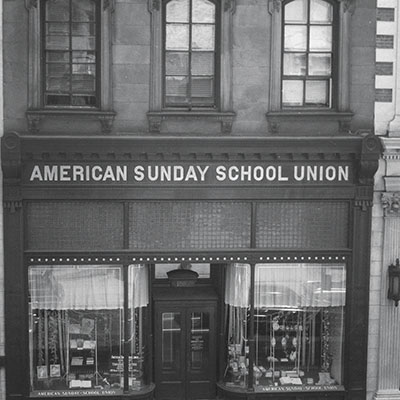 Because of struggling finances, the mission adopted a missionary support plan requiring missionaries to raise their entire support in order to minister. 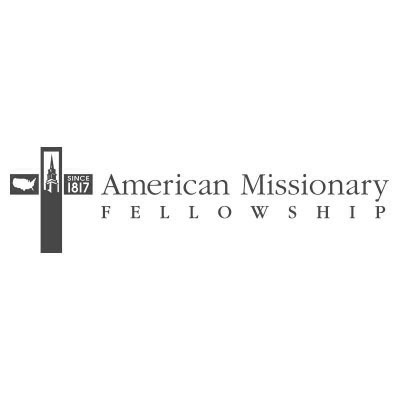 Recognizing the fact that it was no longer only a Sunday school union, but had been responding to the changing local needs throughout the country and adapting its methods accordingly, the mission changed its name to American Missionary Fellowship. The revised purpose of the mission stated: “The American Missionary Fellowship is a faith mission proclaiming God’s Word to spiritually neglected people, to evangelize, congregate, and disciple them for Jesus Christ.” 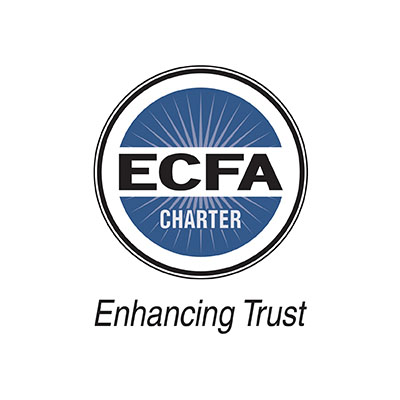 Along with 150 other organizations, the mission became a charter member of the new Evangelical Council of Financial Accountability, a group that started to bring more fiscal accountability to faith-based non-profits. 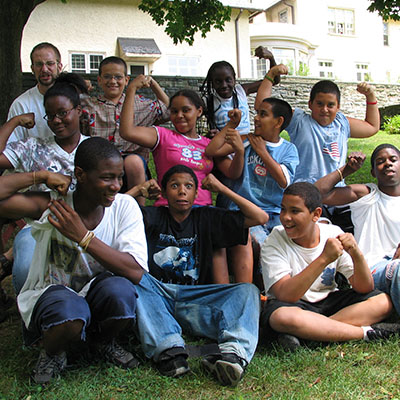 The mission continued to shift and refocus in reaction to the local areas in which its missionaries were ministering. A few of the new focuses were on church planting and on ministry in urban areas. There was also a shift to more specialized missionaries who conducted ministries with specific age groups, interest groups, and ethnic groups. 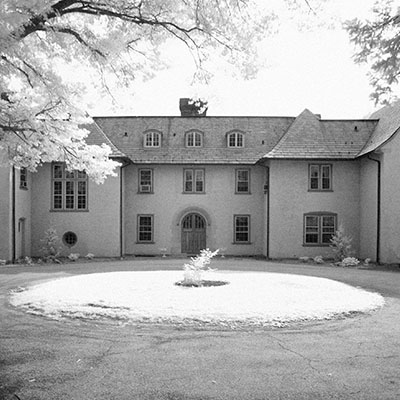 In response to financial losses incurred during the Great Recession, the mission restructured, closing regional offices and centralizing administration in the Home Office. 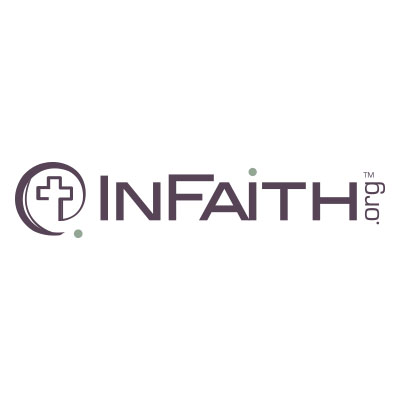 Working “in faith” is the essence of the mission and how it has functioned throughout its history. The mission changed its name to InFaith in recognition of the active faith that all of its people must have to engage the world with the gospel, and the dynamic way in which the Spirit works in the hearts and minds of men and women and children—that no one program or method could anticipate or accomplish. 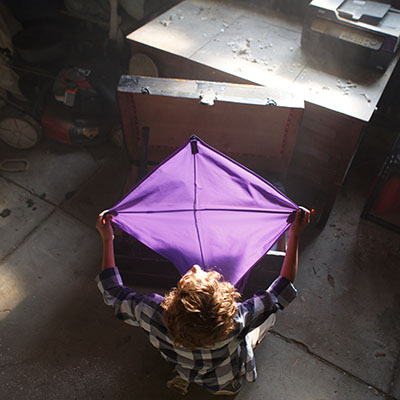 InFaith celebrates the diversity of the individual members of its field staff and allows them to develop ministries that best reach their local communities by utilizing their unique gifts and calling to respond to the needs around them. The mission celebrates its DNA and in the same pioneering spirit of all who have come before, continues to teach the unchanging truth of God to an ever-changing culture.
Give
Give a donation that will be strategically used to reach local communities and change lives in the U.S.