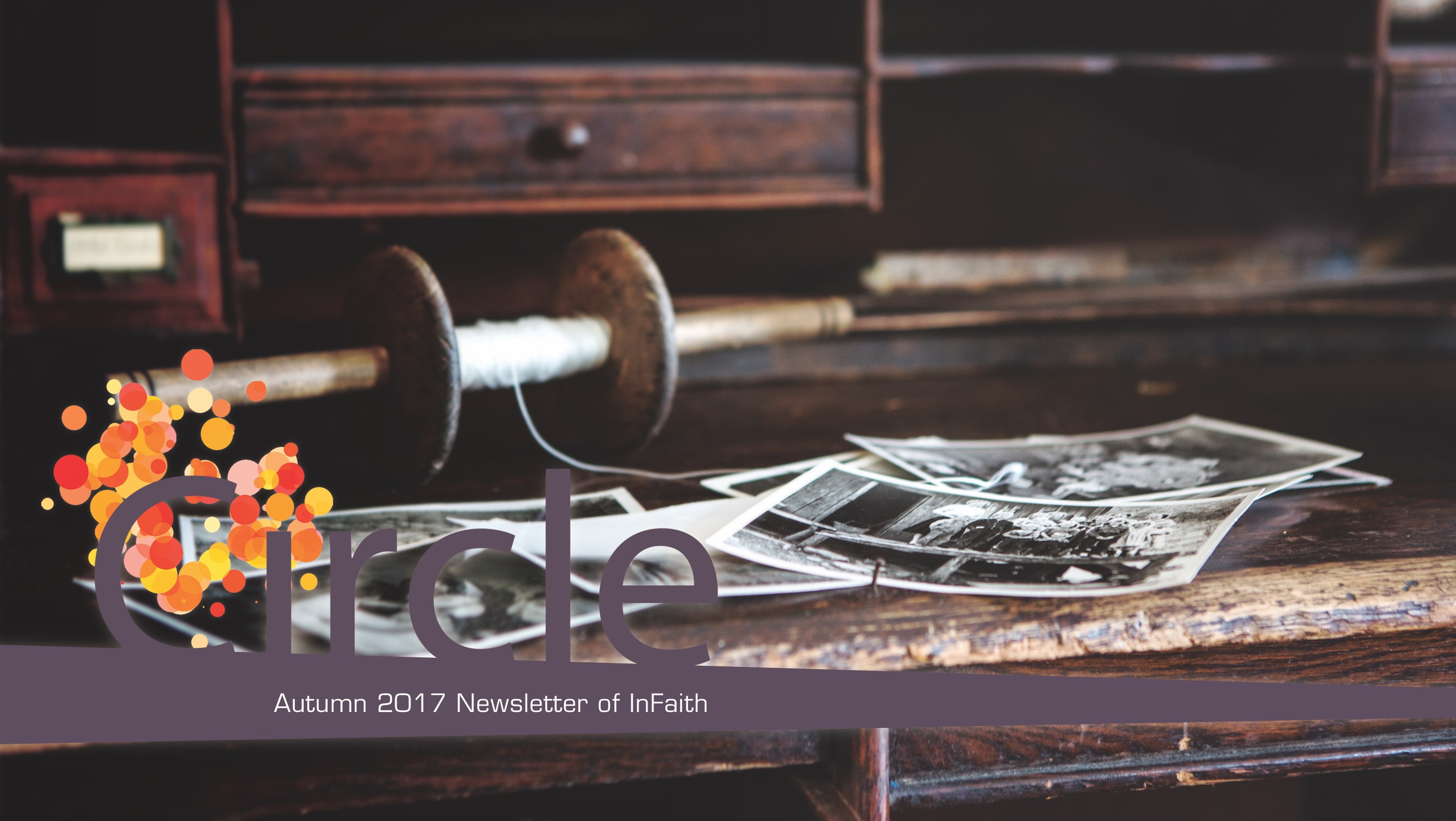 FOR US, THE GOSPEL IS STILL LOCAL.

In May 1958, Betty Glover - a single registered nurse in her thirties - moved to the Cumberland Mountains of Tennessee to become a missionary to those living in extreme poverty deep in the mountains. The coal mines had recently shut down in this part of Tennessee. All of the men had started work in the mines as young boys instead of attending school. With no other skills and nowhere to go, they moved deeper into the mountains, and their families quickly sunk into poverty. 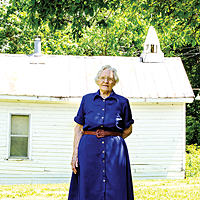 Families often had ten to twelve children and lived in tiny homes that were worse than a chicken coop: you could see between the boards, and the roofs leaked. With no money to buy shoes, some parents wrapped their children's feet in rags in the winter. All of the children had tapeworms from the filthy conditions. People were literally starving.

"I could have worked 24/7 as a nurse, but I felt called - as a missionary - to do other things, as well," Betty Glover says.

She and Mildred Clark, another InFaith missionary nurse, would visit these families house to house, bringing groveries, worm medicine, and clothing donated from all over the country. They brought seed potatoes to plant and tarpaper for covering the cracks in house walls to keep the snow out. Once a month, they drove anyone who needed it into Knoxville for free dental work. 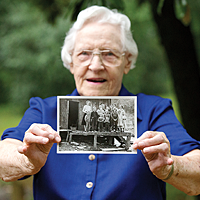 In the evenings, they led Bible studies in people's homes or in the small country churches scattered throughout the mountains. During the year, they taught Bible lessons in one-room schoolhouses. The summer included VBS and summer camps for the children.

"It brings me joy when one of my children comes up to me and thanks me for the Bible [knowledge] I gave them," Betty says as she holds one of her black-and-white photos.

Officially retired from InFaith for 20 years, Betty continues to live in her beloved mountains and is still teaching children using flannelgraph Bible stories. She also ministers in a local retirement home - where many of the residents are twenty years younger than Betty, now ninety-two.

"The Lord wants us to go to our neighbors and whoever we come in contact with," Betty says. "You know your neighbor. Who's going to reach them? God said, 'Go ye into all the world and preach.' The gospel and the world start local."

[See the Reach Local video about Betty Glover at infaith.org/lafollette.]

LOCAL THROUGH THE YEARS AND AROUND THE COUNTRY

It all started with a horse.

Well, not exactly a horse, but a man on a horse. It was 1830 when InFaith (then the American Sunday School Union) sent out its first missionary. Back then, the missionary's goal was to start Sunday schools. He had a small, 100-book library stuffed in his saddlebags and a conviction that the gospel changes lives imprinted on his heart. 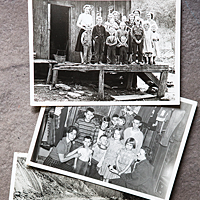 When InFaith formed in 1817 in Philadelphia, there weren't expansive plans to send out missionaries to start Sunday schools. But by 1830, it was clear that in order to reach our continually expanding country, the four-legged transport of the day would be critical. InFaith has been sending out missionaries across the United States ever since.

As our country has changed, so has our approach to ministry. For much of our history, our focus was on starting Sunday schools. Today, our focus is best described by "Reach Local. Change Lives." That means ministry looks different depending on where each missionary serves. 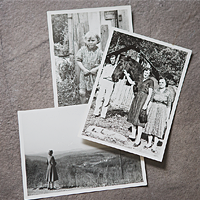 Steve in Colorado one day noticed a camper-trailer tucked away in an unexpected place in the high country of the Rocky Mountains. Reaching out to see who was there and why, he discovered a network of lonely Latin-American shepherds with multi-year contracts to watch sheep. Steve ministers to these men, meeting them where they are - both physically and spiritually. Steve shepherds the shepherds.

Gary & Linda served with AIM (Africa Inland Mission) for 18 years in several countries in Africa. Retirement from the foreign field did not mean retirement from ministry. Their time overseas and their vast network of supporters prepared them to create a home in Oregon that reaches out to children who have aged out of the foster-care system. Today, their ministry provides the only shelter for homeless youth in their part of the country.

Today, only a handful of our missionaries use horses in ministry, but everyone who serves with us retains the firm conviction that the gospel changes lives. We are committed to supporting men and women called by God to minister here in the United States and helping them reach overlooked local places however and wherever God leads them.

On April 28, 2017 we celebrated our mission's 200th anniversary at Philadelphia's historic Christ Church. The festivities brought together InFaith missionaries, board members, friends, and supporters. 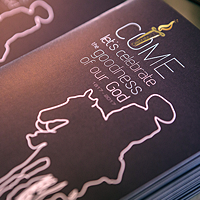 Unfolding in singing, pageantry, and testimony, the celebration looked at past and present ministry, with Executive Director Ridge Burns sharing hopes for the future. We were reminded of God's great faithfulness.

Thank you for being part of our unique legacy!

See more photos on our Facebook page or learn more about our heritage at infaith.org/heritage.