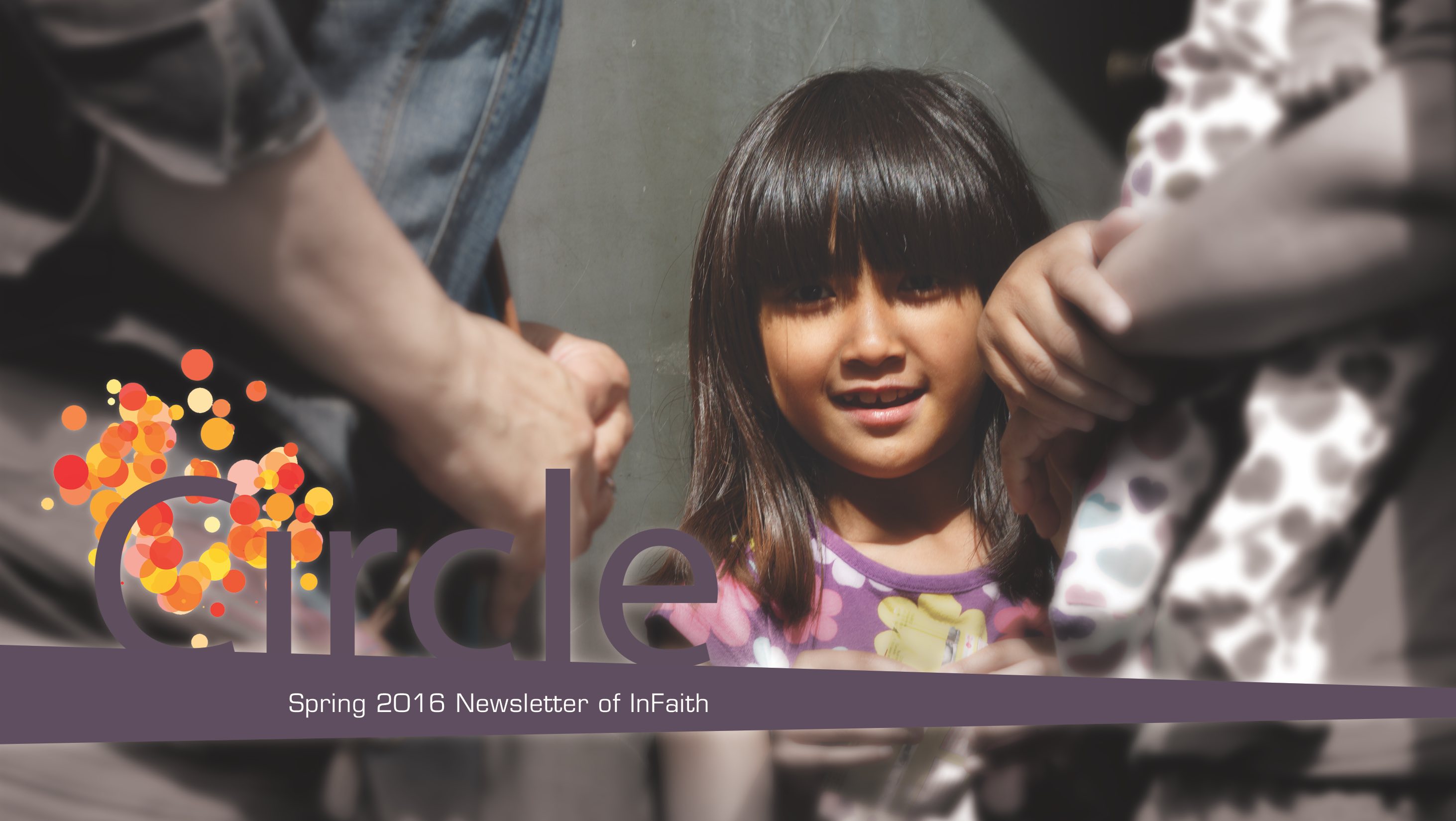 An intricate golden temple sits on the street corner across from Mifflin Square Park, with whiffs of exotically flavored meat on a stick filling the air from street vendors’ stands. It feels like a scene out of an adventure movie set in Asia, instead of what it is – a city block in South Philadelphia, just two miles south of Independence Hall and the Liberty Bell. What does InFaith’s ministry look like here? Is it the same as our work in the small town of Monmouth, Oregon, with a barbershop and an ice cream parlor across the street from the park?

InFaith’s focus on being local means that our ministry takes different shapes in different parts of the country to reflect the uniqueness of each place and each person who serves with us.

Freddy stands at the grill set up in the driveway between his house and the neighbors’. He turns the meat as children from both houses run around, playing between hastily-set-up chairs, and his wife, Shelley, chats with their last-minute guests. This is how the Morans, candidates with InFaith, live – purposefully opening their time to create deeper community with those around them.

People see it in the way Freddy ministers to the men in Monmouth and the surrounding communities. He walks into the coffee shop on Main Street and strikes up a conversation with the owners, whom he knows well. He spends an hour helping the general manager of a bakery take inventory. He drops by local businesses to let them know he’s around and available as a workplace chaplain. He plans to pass out Gatorade at break time at a local factory.

Through it all, Freddy listens. He listens to men’s frustrations, their feelings of being alone, and the struggles of being overworked.

Freddy used to be in the restaurant business and went from being a very successful manager to having a time full of failures, where he felt abandoned by God and rejected in the workplace. “When I started to hear God again, He told me, ‘You know how you felt – there are many men that feel that way. Go and tell them that they’re not alone.” So Freddy does. He meets one-on-one with believers to disciple them. He pops into local businesses and offers to pray with people. And he listens. “I try to meet people where they’re at and give them hope,” Freddy says. “I long to share the hope I have in Christ with everyone around me.”

(Freddy & Shelley Moran live in very close community with their church family, which is a house church consisting of many people from the very street where they live. They are currently in the process of raising support to serve with InFaith. A short video about the Morans is available on our website. Check it out at http://infaith.org/monmouth.)

A five-year-old boy walks down the street with tears making tracks down his cheeks. Lisa Grainge sees him and immediately rushes to his side, wrapping her arms around his shoulder as she calls him by name and asks him what’s wrong.

She knows him from the kids’ club that she and her husband, David, run in their South Philadelphia neighborhood. Lisa doesn’t learn that day what is troubling the young boy, but she will check on him again that night at kids’ club in Mifflin Square – the city park that anchors this part of the city. The largely Southeast-Asian population around the park spends much time in that common space – cooking food, gambling, and playing a version of volleyball. For this reason, the Grainges chose the park as the location for their kids’ club activities.

David and Lisa serve with InFaith, doing church revitalization – working to expand the ministry of an existing church that has sat on the corner of 3rd Street and Snyder Avenue for over one hundred years. “We are seeking to grow… the church by establishing a presence in our neighborhood,” David explains. Because their neighborhood includes people from multiple countries, some in this country as refugees, their ministries currently consist of ESL classes, a mobile food pantry, kids’ club, and an adult Bible study.

Meeting local needs has also gotten the Grainges involved in helping two young refugee mothers move into safer housing after the roaches, mice, rats, and bedbugs started taking over their old apartment. “We want to share God’s heart for the refugee,” Lisa says. “We want to love our Savior by serving and sharing with the refugees in our neighborhood.”

(David & Lisa Grainge’s church in South Philadelphia, Snyder Avenue Congregational Church, now has seven congregations meeting in its building and continues to reach out to the various refugee groups in its neighborhood. Visitors who walk in on a Sunday morning can hear people praising God in English, Nepali, Spanish, Kongo, and Karenic languages. A short video about the Grainges is available on our website. Check it out at http://infaith.org/philadelphia.)